What Is Receivership in Commercial Real Estate?

With ever-changing market conditions, there is no such thing as a simple commercial real estate sales transaction. The complexity increases even more when the transaction involves a court-appointed receiver (someone given the responsibility of a property).

Continue reading to learn more about receiverships in commercial real estate and their potential benefits.

How Does a Commercial Real Estate Receivership Work?

To mitigate this risk, commercial real estate lenders turn to a receivership. A receivership transfers control of a property’s management from the borrower to a neutral third party, known as the receiver.

What Is a Receiver in Commercial Real Estate?

Receivers in commercial real estate are court-appointed individuals given responsibility of a property that serves as the collateral for a loan in default. The receiver displaces the property owner as the active property manager and is responsible for tasks like collecting rent, maintaining and repairing the property, and ensuring contractors and service providers are paid.

A general receiver is granted control over all of an entity’s assets (often to liquidate a business), while a limited receiver controls only one or more specific assets. In both cases, the receiver acts in the best interests of both the lender and borrower.

While receivers take orders directly from the court, they must:

Commercial real estate foreclosure proceedings take a significant amount of time and are relatively expensive to complete. Here are a few of the benefits of turning to a receivership instead:

Allegro Real Estate Brokers & Advisors represented a locally-based company that manufactures and sells professional beauty products worldwide in its search to acquire a permanent industrial home. Among other options, Allegro identified a property being sold through a receiver. The prior owner had built the building in 2006, financed primarily with bonds issued by the state of Ohio. After almost two hundred years in business, the owner declared bankruptcy and defaulted on the bonds.

The property was initially listed for sale by a third-party broker for $4.5 million, which was the break-even number for the state of Ohio’s outstanding bonds and the other outstanding creditors. After the broker unsuccessfully solicited sufficient offers for a period of six months, Allegro assisted its client to submit a signed purchase agreement with no financing contingency through its attorney. After several months of negotiations, the receiver sought approval of the Court to countersign the purchase agreement. At that time, the state of Ohio did not give its consent to the transaction.

Within two weeks of requesting approval, the court entered an order granting the receiver authority to execute the purchase agreement. Along with the client’s attorney, Allegro began its due diligence period, all the while understanding that closing on the property was still subject to a final, non-appealable order. The order would not occur until 30 days had passed and none of the stakeholders had filed either a motion to vacate the order or an appeal.

In a transaction like this, one of the main concerns is a creditor appealing the order after the buyer begins its due diligence, but prior to the end of the 30-day waiting period required by the receivership process. This may happen due to another buyer expressing interest in purchasing the property for more money. In this case, the state became aware of another buyer’s intention of paying more for the property and thus filed a Motion to Vacate Order. The state did not withdraw this motion and allowed the time for appeal to lapse until negotiations were completed with all of the parties and Allegro’s client minimally increased its purchase price. The property closed roughly two weeks later for a little over 50% of the initial asking price.

Receiverships can be advantageous to struggling commercial real estate owners and their lenders, but can be complicated to execute. It is critical to fully understand the procedure and all the possible pitfalls and be supported by a strong team of professional service providers before undertaking such a deal.

Our blog features frequent content, straight from our commercial real estate experts. Subscribe to receive weekly content right in your inbox, on topics like advice and opinions on the state of the industry, market reports, and updates about the Allegro team. 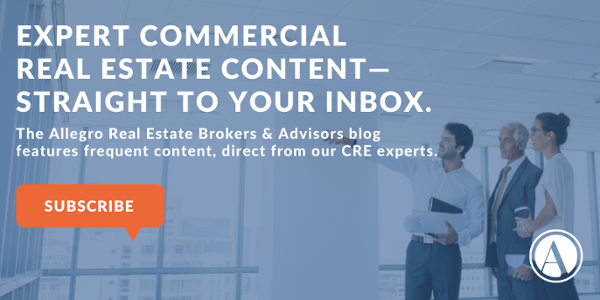 Editor’s note: This post was originally published in 2016, and has been updated and republished.

This site uses Akismet to reduce spam. Learn how your comment data is processed.

Discover the benefits of a strong CRE strategy